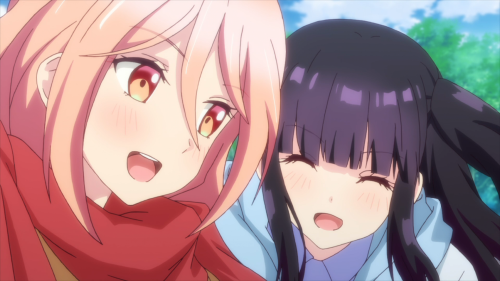 Being trapped in some form is almost never a fun experience.

It doesn’t have to be tangible like locked inside of a room because of a misplaced key. It could also be a mental cage of sorts like anxiety or depression. Whether from a physical or a psychological standpoint, the trap is set, and the feeling of helplessness consumes.

One other way to reach this same feeling is through watching Netsuzou TRap, an anime which “traps” the audience with boredom, uselessness, and irritation aplenty.

Fetishes aside, the audience will find next to zero value within this darkness.

The show attempts to prove differently, though, with its risqué scenes between Yuma and Hotaru. Representing one of its only major allures, their presence at least makes sense given Hotaru’s motivations and the negative nature of the narrative. Yet the anime doesn’t know what to make of them. Yuma will be shocked and appalled at Hotaru’s actions but will soon after forgive-and-forget. Which leads back to shock and then once again to forgiving and so on and so forth. 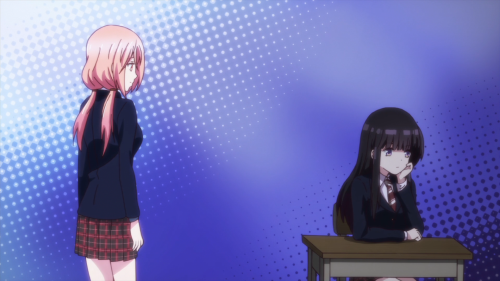 Such a churn gives Netsuzou TRap the vibe that it is not so much a worthwhile story with some ecchi material sprinkled in but rather a bunch of lewd moments loosely stringed together by a haphazard narrative. That is to say, a lame excuse for some perverted asides. This argument becomes more apparent when sifting through the non-risqué scenes.

There’s also the dialogue and how it treads the same ground over and over. Yuma repeats constantly about understanding Hotaru and being so close to yet so far from Hotaru and hating the fact that she does not know every side of Hotaru. It gets very same-y very fast.

Its dramatic edge chooses not to find anything beneficial, either. Netsuzou TRap contains potential talking points about homosexuality, relationship abuse, and the meaning of love. Yet, much like the ecchi content, their existence within the anime rarely leads to a stronger thematic foothold.

The visuals for Netsuzou TRap rise above the story they present. That’s not saying much and, indeed, not by much anyway.

At the minimum, the character designs, while not exactly inspired, conform to the anime’s aims and the characters personalities. Takeda is plain looking to go with his good-guy self, and Fujiwara is a bit more eccentric (taller, unkempt, silver palette) to go with his bad-guy self.

Similarly, Yume’s design (lighter coloring) and Hotaru’s design (darker coloring) coincide with their opposing roles within the show while still maintaining their cute and refined looks. Furthermore, the show bolsters its ecchi scenes with better animation than usual, making sure that the grabbing, touching, and caressing matches the intensity of the ladies’ lust. 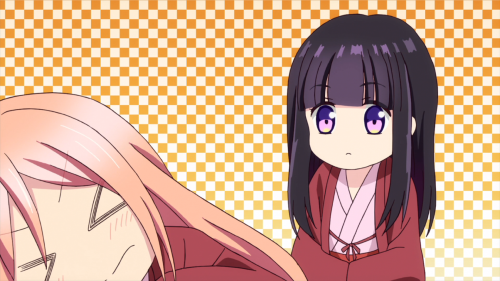 The remainder of the artistry leaves much to be desired. The bland setting hardly ever stands out. Weird fade-to-white cuts happen on occasion to move the setting along. Its jokey style which accompanies the comedic moments feels out of place.

More generally, the quality of the visuals lessens as the season progresses with lower movement and worsening actual animation. Episode six is particularly bereft of problems, such as forgetting to include Hotaru’s side ponytail and mistimed mouth synchronization.

With these errors and the boring artistry in general, the visuals scrape by at best.

Yuma is the most out of tune with her feelings, and so her designation as the main protagonist makes sense. Nervousness keeps her from going further with Takeda, a young man who sincerely respects her and their romantic bond.

On the complete opposite end, Hotaru seems to know exactly what she wants, letting Yuma know as well (under the guise of “practice”). Same goes for Fujiwara. As he would put it, he hates women but loves sex, so his own “bond” with Hotaru barely extends past hormonal needs.

Besides Fujiwara, whose involvement equates to a fourth-wheel given his barebones connections with the others, the cast of Netsuzou TRap arguably stand as the show’s strongest aspect. If only because they own up to their respective parts in this dramatic dance. 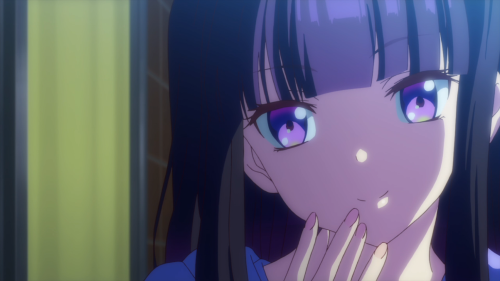 For instance, Yuma struggles with her tumultuous feelings for both Takeda and Hotaru. She understands how poorly she treats him with her distractions and her unwillingness to face their relationship with maturity even as he always gives her the benefit of the doubt. And, with Hotaru, her small backstory about protecting her best friend and having parallel jealousies in her aloof behavior pull her the other way.

Hotaru herself refuses to budge from her common tactics of evilness, leaving her in static state for much of the season and thus failing to have a very impactful arc. Nonetheless, her manipulative personality is easily seen throughout Netsuzou TRap. She lies about her emotions. She forces unfair predicaments. She commits to underhanded plans. As her overbearing forwardness weighs down on both Yuma and the audience alike, her deplorable actions feel heavy in their implications and their control. Yes, she’s a mean person but designedly so.

As for Takeda, he’s simply a cool dude, a regular guy like anybody else. His lovestruck thoughts do not impede his supportiveness, for he reads boundaries and offers advice when possible, even as the situation turns against him. Compared to Fujiwara, Yuma, and Hotaru, who wrestle with or outright indulge in the shadier side of the mind, his saint-like attitude shines as a glimmer of hope and friendliness. Unfortunately for him, the phrase “nice guys finish last” rings true. Yet he can also rest easy knowing that he – and he alone – has the moral high ground when all is said and done.

So, unlike the rest of the anime, the characters at least have some solid ground to stand upon.

Netsuzou TRap decides upon a curious option. Where the average twelve-episode anime has only one ending track, this anime instead includes three different EDs during the season. A new one appears every three episodes (except for the final three episodes), giving the audience an unexpected change of pace every now and again.

While these moodier pieces do not have much intrigue in the way of instrumentation or musicality, knowing that the show went out of its way to create multiple tracks deserves at least some recognition. 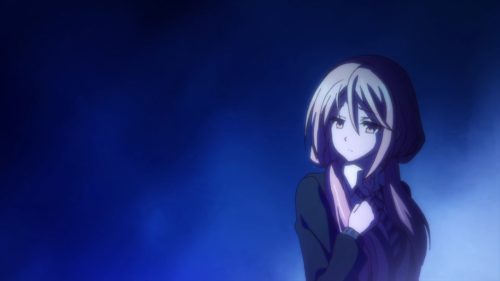 The rest of the audio direction falls short of such praise. The opening track, “Blue Bud Blue”, goes for a pop-rock song that loses its nifty guitar playing amidst the loudness. The voice-acting performances provide next to nothing of note save for perhaps Hiromi Igarashi as Hotaru not having as much nastiness in her way of speaking as needed. And the original soundtrack, while trying its hardest, fouls out with its simplistic approach.

Altogether, the sound work within Netsuzou TRap is more negative than positive – a common occurrence throughout the entirety of this project.

A lot of my readers know that I am a big fan of the “yuri” genre. Admittedly, it’s a big reason as to why I even gave the show a shot in the first place. What I watched, though, wasn’t very rewarding or very interesting in the slightest.

In fact, the more I got through this anime, the more I came to like a different, almost opposite part entirely: Takeda. He is way too nice of dude to have to be put through these events, and I was rooting for him the whole time because he totally deserved better than he received here (title of the anime notwithstanding). 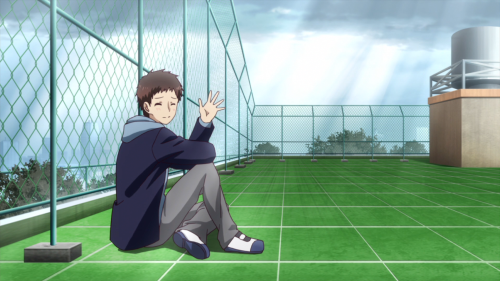 Takeda deserved way better than what he got

Otherwise, the show rarely contained anything of note to me. The romance elements were mostly icky. The scenes as portrayed had little weight. The ending didn’t seem all that convincing or satisfying. The show’s only saving grace? It’s short enough that it avoids becoming an absolute slog to complete. But this situation also works against it, for the anime leaves the brain as fast as it entered.

Netsuzou TRap just barely survives a full hounding. While its cast members reach mediocre execution, the rest of this unremarkable, uneventful tale locks itself away and throws out the key.

Story: Terrible, a schlocky narrative that holds very little value on either the ecchi or the dramatic side

Music & Sound: Bad, while the changing EDs surprise, the tracks themselves and the audio in general miss the mark

Enjoyment: Bad, Takeda is at least a super-cool guy

2 Comments to “Review/discussion about: Netsuzou TRap”