Yuri Kuma Arashi and the Effects of Symbolism, Part 4 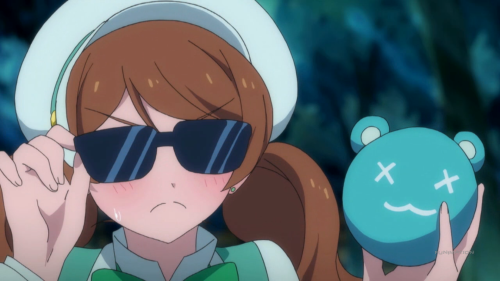 Not even a Bear Flash can blind us from this symbolism

If you haven’t already, I highly suggest you head back to Part 3 and peruse the symbols from episodes four and five. The former gives you a lot in regards to Lulu’s characterization and development while the latter does the same but for Ginko and Kureha. They’re important episodes – realistically, they all are – that help to let us, the audience, understand where the main players are coming from. So it’s vital that such motivations are understood before moving forward.

Today, we’ll be going only through episode six. This is one of the, if not the, strongest episode(s) in the series in terms of its symbolism, character development, narrative, direction, and overall execution. If you only read one part of my essay, I would be inclined to have you read this one; that is how masterfully done it is.