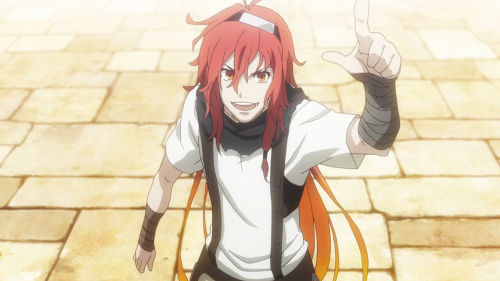 Who are the winners this Summer 2015?

I finally finished reviewing every anime (that I was watching) from Summer 2015!

What this five-month-long journey has taught me is that anime is timeless. It does not matter when you watch an anime. Be it while it is airing, several months after it finishes, or ten years down the line, that anime will still be itself. An anime about a boy trying to become king or an anime about a world where everything lewd is censored will not change. They will still hold the same stories, the same characters, and the same messages. And that is pretty awesome.

Today, however, we are concerned with the best of the best from Summer 2015. After reviewing twenty-nine different anime, ten have proven their worth more so than the rest, and only one has earned the title “Best Anime of Summer 2015.”

Before diving into the list, it is important to know two ideas: what counts and the reasoning behind everything.

So, if you do not see Kyoukai no Rinne here on my list, that means I either did not see it or it was not good enough to make the list. (It is the latter!)

Second, each anime has a personalized review that demonstrates why it deserves to be here in the first place. Simply click on an anime’s name to be linked to its review to read my complete thoughts on it. For every review that I wrote for this season, follow this link to my Summer 2015 Reviews page!

With all of the introductions, formalities, and rules out of the way, it is time to get to my Top 10 Summer 2015 Anime! 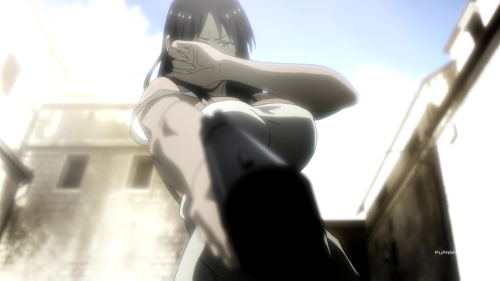 The lives we lead are often filled with struggles. Nowhere is this more true than for the characters in Gangsta.. (Yes, that is two period marks because the title of the anime has one of its own.) Abuse, loneliness, and depression are just some of the problems that Worick, Nicolas, and Alex face during their stay in Ergastulum. Subsequently, their characters shine bright throughout the season. The music — from the OP to the OST to the ED — is even stronger. Unfortunately, the second half of the anime is weak, and the inconclusive ending is less-than-ideal, but what this group of gangsters gave was a gift worth grabbing. 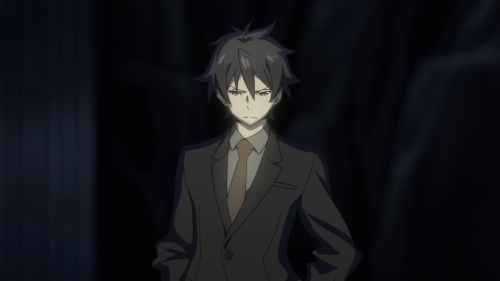 After exorbitant amounts of money spent, a crashed spaceship, and the introduction of a new transfer student, the members of A-TEC, the smartest minds in academics, find themselves in a bit of a pickle. A Classroom☆Crisis if you will. The beginning of this anime is frustrating, but what lays beyond the initial troubles are solid characters, wonderful conflicts and resolution (which I investigated in my essay, Classroom☆Crisis, Conflict, and Resolution), and  a strong theme on revenge. The animation and the music could have been better, but there is no doubt that this anime is one crisis worth undergoing. 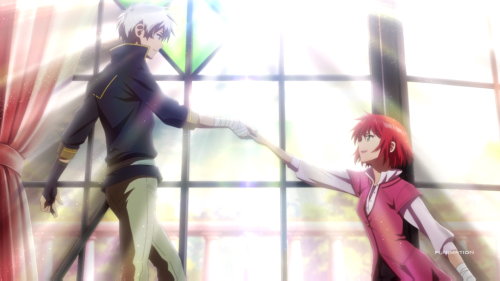 A prince and a princess meet in the woods; you can probably guess what happens next. If not, Akagami no Shirayuki-hime has you covered. This anime has close ties to the Dinsney animation (which I investigated in my essay, Shirayuki and Snow White Similarities), but there are notable differences. Starring Prince Zen, the dashing, charming young man of Clarines, and Shirayuki, the beautiful, intelligent young woman of Tanbarun, the knight and his doubly figurative apple of his eye have their paths intertwined. The visuals are majestic, the theme of balance in the narrative and the characters is welcomed, and the romance blossoms naturally. In other words, come watch as the two reach their “happily ever after.” 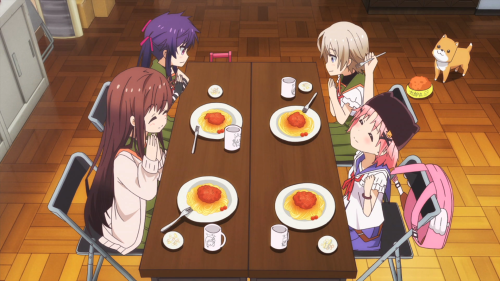 In Gakkou Gurashi!, Yuki, Yuuri, Kurumi, and Miki find school so much fun that they decide to create a club dedicated to making school the very place they call home. The artistic direction — and specifically Yuki’s character design — is something to be lauded. The characters’ theme of relying on one another is heartwarming. And the dualities therein prevent the story from faltering too much. Plus, cuteness levels are ridiculously high. This anime is one that may look like any other, but once it is started, one can see that such a thought is certainly not the case…. 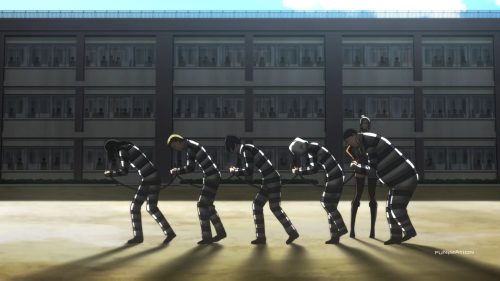 Gender inequality is usually a heated debate, but in Prison School there is no debate: only justice. Kiyoshi, Gakuto, Jo, Andre, and Shingo are the first boys ever allowed into the local all-girls-high school. Once inside, they find themselves at the (brutal) mercy of the student council. This anime is lewd, but said lewdness is not only purposeful but also allegorical. Combined with the interesting cast of characters,  the nice sound work, and the sharp comedy, quite the awesome anime is formed. 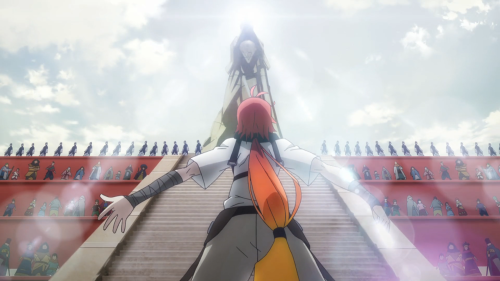 When somebody asks you, “Who is the strongest man in the world?” your first answer will always be Adlet Meyer of Rokka no Yuusha. He and the other Braves are charged with a (not so simple) task: defeat the Demon King to save their world. But a peculiar problem arises when one of them claims to be somebody who he or she is not. What results is an anime built entirely around the mysterious. Everything — the story, the visuals, the characters, and the music — contribute to the mystery motif. And through the anime’s focus on the inverse, its theme of trust is explored. It is a  wonderful tale that leaves its audience guessing and, hopefully, learning not to judge a book by its cover. 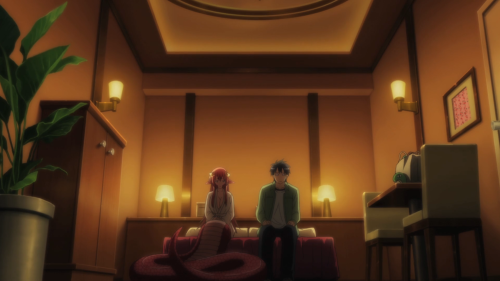 Almost everyone has a weird fetish. For some, that fetish is feet. For others, that fetish is the back of the knee. For others still (including me) the weirdest is one that can only be found in Monster Musume: cute monster girls. Featuring lamias, Dullahans, and centaurs, “ecchi” and comedy reach an apex unlike any before seen in anime. The show understands exactly what it is and does not try to be anything more. However, it is Kimihito, the most self-insert-able character ever, and the monster girls’ theme on “it is what is on the inside that matters most” that makes this not just another anime but a way of life. 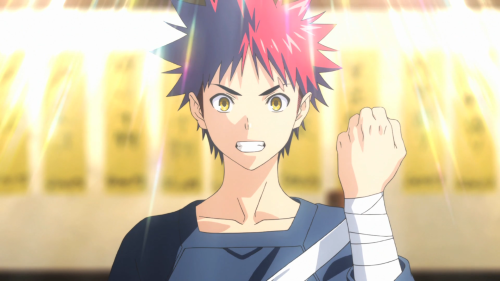 Having a hearty meal can often invigorate the body. Shokugeki no Souma takes it several steps further, believing that a nicely-cooked meal can be an orgasmic experience. In this adventure focusing on food, feelings, and fun, Souma, the prodigy chef that nobody has ever heard of, finds himself battling against the best culinary minds in existence. The narrative may be lacking a purposeful theme, but the phenomenal music, the stunning art, and the characters’ message that everyone has a strength they can capitalize on turns the anime into a dessert one will eat again and again and again. 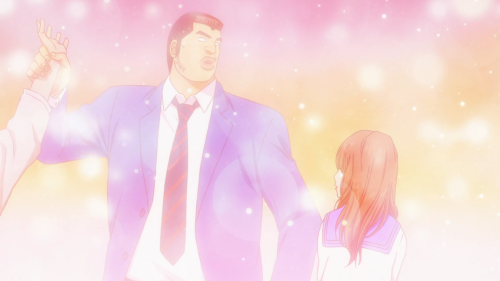 Takeo is a big guy with an even bigger heart. Suna, his best friend, knows this, as does everyone else. One day, Takeo protects a girl named Rinko, and it is love at first sight. From there, Ore Monogatari!! explores its theme of love through both its story and its characters. Amazing art and fantastic music supports the tale the whole way through. And there is enough cuteness, laughs, and romance to last a lifetime. Altogether, the anime makes it simple to understand why love is just so lovely. 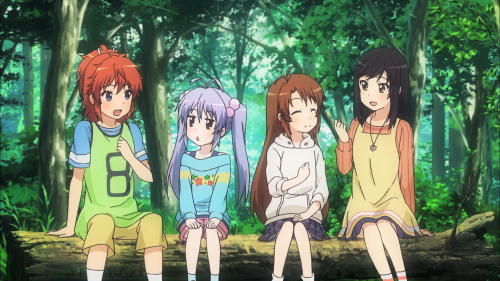 The best anime of Summer 2015 is the always-precious and never-wavering Non Non Biyori Repeat. Hotaru, Renge, Komari, and Natsumi return for a second season of the countryside, bringing with them more adorableness, more hilarity, and more emotions. The anime’s art is beautiful to behold once more, and the music — specifically the OP and the ED — are a lot more memorable than their predecessor. But it is the anime’s ability to represent what life truly entails that turns this one into an incredible journey that everyone should experience. The anime may not be the most complex show out there, but its characters, its messages, and its execution make it extremely easy to see why it deserves nothing less than the crown for this season.

And that is it! As always, I am eternally grateful to each and every person who read my reviews and essays over the past several months. If an entire piece was read, just a few paragraphs, or even a single word, I cannot express enough how thankful I am to have the support I get on a daily basis.