Somewhere between common and class

Unlike the girls of Ore ga Ojousama Gakkou ni “Shomin Sample” Toshite Gets♥Sareta Ken (if you tried to say the title ten times fast, you would not get done for an entire year), I have never been a fancy person let alone a rich person. I do not buy expensive clothes. I do not own exquisite pieces of art. I do not seek out caviar taste-tasting parties.

The fanciest I have ever been treated is at Disney. More specifically, the Disney cruise. Like any cruise, the ocean, the boat, and the activities are abundant. However, what separates a Disney cruise from most other cruises are the unique restaurants they contain. But the restaurants were not the best part.

The best part was that each family got not one but two personal waiters or waitresses. I sadly cannot remember their names, but they were jovial and kind, waiting on our beck and call for food, drink, and anything else we needed. For just a few days, my family and I were not treated as guests – we were treated as royalty. At dinner anyways.

Shomin Sample (shortening the title because the official title is a little absurd), does not have waiters and waitresses, but it does have maids. A lot of maids. But still not enough maids to clean up what this one offered.

END_OF_DOCUMENT_TOKEN_TO_BE_REPLACED 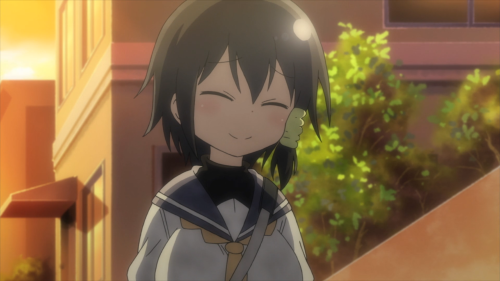 Recently, I was asked to visit a friend’s house to help setup some technology in his home. I accepted. Not because he offered me a going rate of ten dollars per hour (which was kind of him but unnecessary), but because he is a good friend of mine that I want to help.

Komori-san wa Kotowarenai! (or, in English, Komori-san Can’t Decline!) features, coincidentally enough, a girl named Komori. She never refuses to help others, providing a simple anime in the process.

END_OF_DOCUMENT_TOKEN_TO_BE_REPLACED

Close but no cigarette

Have you ever thought about the concept of nothing?

Nothing means no books, no chairs, no phones. It means no mirrors, no cards, no pillows. Even when all of these physical objects are gone, there is still more to remove. No air, no light, no electromagnetic forces, no atoms, no thoughts.

Subete ga F ni Naru: The Perfect Insider goes the opposite way. “Everything” is just as crazy as “nothing.” Now those books and those pillows and those atoms are around, but that is not enough. Even when you think you collected it all, there is still more to collect. And then some.

“Everything” means everything to The Perfect Insider. But while it did not collect everything, it still provides a pretty strong anime.

END_OF_DOCUMENT_TOKEN_TO_BE_REPLACED

One of my father’s favorite superheroes is Superman. But, to me, Superman is always one of my least favorite.

He can lift cars. He can literally deflect bullets. He can regenerate by exposing himself to sunlight. But what kills him? A rock. He is boring and, ironically, weak. Lame.

You know what is not lame? Concrete Revolutio: Choujin Gensou. Kryptonite will not be taking down Concrete anytime soon.

END_OF_DOCUMENT_TOKEN_TO_BE_REPLACED

Review/discussion about: Dance with Devils

Dance with Devils describes itself pretty well. There are devils and there is dancing. Less dancing than devils but still.

I cannot speak much about devils. (I have already talked at length about the Divine Comedy.) As for dancing, I also cannot speak much. There is one detail about dancing, however, that will always stick with me: my father’s “signature move.”

He told me that, if you cannot dance, or if you want to but want to avoid embarrassment, you simply do the “cabbage patch.” It is rather simple, really. Make fists out of your hands. Put them together – still as fists – as if you are creating one giant fist. Finally, bob your shoulders and gyrate your fists. There. You are doing the cabbage patch.

The question becomes, which is better, Devils or the cabbage patch?

My money is on my father’s advice.

END_OF_DOCUMENT_TOKEN_TO_BE_REPLACED

Review/discussion about: Rakudai Kishi no Cavalry

Holding the door open for others. Pulling the chair out for your date. Saying “please” and “thank you.” Common actions that you (hopefully) do for others. A code of conduct that the Medieval knights originally created.

I try to be as courteous as possible to others, and I do not usually get bothered when others are not. Except for one example: holding doors. More specifically, when I am behind someone and he or she walks through a door in front of me, and he or she does not look back to try and keep the door open, I get slightly irked. No doubt trivial, but I cannot help it.

END_OF_DOCUMENT_TOKEN_TO_BE_REPLACED

Yuri to the rescue

Most people imagine a beautiful woman whose lower body is that of a scaled, green fish. Maybe she can sing real swell and maybe she is longing for love. But regardless, she is two halves that make up an entire whole.

Valkyrie Drive: Mermaid is the same. Mermaid is one half sex and one half tale, making it one not-as-bad-as-you-may-imagine anime.

END_OF_DOCUMENT_TOKEN_TO_BE_REPLACED 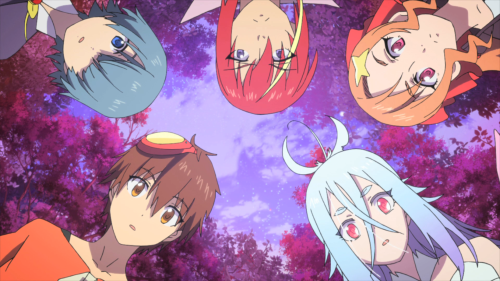 Dante had it easier

(WARNING: This review spoils various parts of Dante Alighieri’s Divine Comedy, an epic poem that he constructed in the 14th century. His work is regarded by many as one of the greatest pieces of literature ever created. If you do not wish to have Dante’s magnum opus spoiled, read no further. Or, as Dante may write, “turn back to see your shores again.”)

Before completing that simile, we need to define Satan first. In Dante Alighieri’s masterpiece, Divine Comedy, and, more specifically, the Inferno, Dante travels through the depths of Hell and (surprise surprise) he encounters Satan.

Long story short, Satan is eating specific souls (three to be exact) who have committed the most egregious of sins. But this is Satan we are talking about. Instead of simply eating them right away, he gnaws on them. He crunches on them. He bites on them. For eternity.

END_OF_DOCUMENT_TOKEN_TO_BE_REPLACED 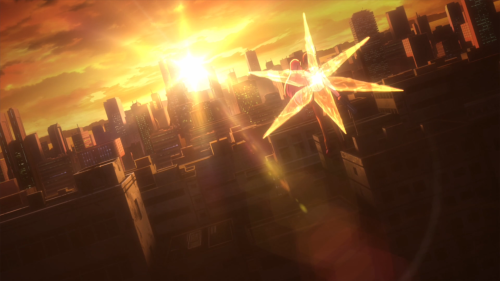 Not worth warring over

When I went to Disney World – that is the one in Florida (the good one) and not the one in California – for the first time, it was around my birthday. If you do not know, at Disney, they pamper you to no end. They make sure that every move you make and every event you experience fills you with nothing but happiness. It is pretty scary how good they are at keeping you smiling.

So there I was, at Disney World, the happiest place on Earth, and it was my birthday. True to Disney form, they made me happy by giving me a special, green badge to wear. Wearing it around the parks meant skipping the long lines, extra signatures from the characters, and the regular restaurant staff giving me kind words and free desserts. Needless to say, I was a supremely happy kid.

I speak of badges because Gakusen Toshi Asterisk gives badges to its characters, too. (Also, finding a tangentially relevant anecdote was pretty difficult for this one.) But Asterisk could learn a thing or two from Disney about how to make its audience happy.