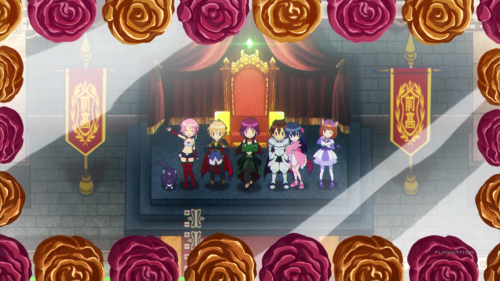 Thoughtful but not min-maxed

When I used to play World of Warcraft heavily, I would always set aside time for a female Draenei player that I fast befriended.

We would often just sit in Ironforge, using the emote phrases to goof around or talking to one another in our party chat. I was not smitten with her, but, being a teenage boy who managed to form a close bond with a girl who also had an interest in the same exact hobby, I will not lie and say I did not enjoy making her laugh.

I never did learn much about her, though. If she had her own family or what her age was. In fact, I cannot even say for certain that she was a girl.

That situation – a male playing a female character (and vice versa) – is a strange and possible one that comes with the territory, and, depending on the people and feelings involved, it can make for some awkward and embarrassing moments.

Netoge no Yome wa Onnanoko ja Nai to Omotta? shows this outcome all too well.

END_OF_DOCUMENT_TOKEN_TO_BE_REPLACED

When I was a kid, I would often try to eavesdrop on my parents’ “secretive” conversations.

I would be in the basement, playing a video game or watching television. When I heard the pitter-patter above me, however, I would move to the foot of the steps. The door was closed, indicating further that my parents were discussing topics not meant for my ears.

But I was curious. I would sneak up and crack open the door ever so slightly. I would then close my eyes and concentrate, focusing only on their words. Doing it so many times, I eventually got quite good at it. My mother and father talked about problems: other family members, financial issues, and even me (and my siblings) on occasion.

When I had my fill, I would creep back down, acting as though I were none the wiser. It was thrilling to me, being able to catch information without getting caught. Very much like a spy.

And with spying in mind, Joker Game proves that spies are more than just a bunch of eavesdroppers.

END_OF_DOCUMENT_TOKEN_TO_BE_REPLACED 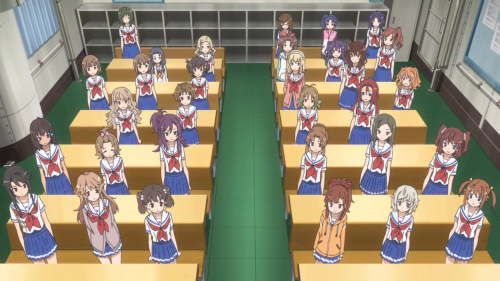 I’ve taken a cruise in the past. A couple of them.

The second time I was fine, but the first time I did get nauseous. I remember my family bringing with them those placebo accessories. A wristband that claimed to set my pulse or brain or some such nonsense at ease, thereby eliminating any feeling of sickness.

What helped instead was taking my mind off where I was: going to the pool, grabbing something quick from the food court, walking around the halls.

Of course, a cruise is nowhere near the same as a battleship. The former has fireworks at night and dance parties. The latter has missiles stockpiled and crew ready for warfare. Although, in High School Fleet, a blend of the two is certainly not out of the question.

END_OF_DOCUMENT_TOKEN_TO_BE_REPLACED 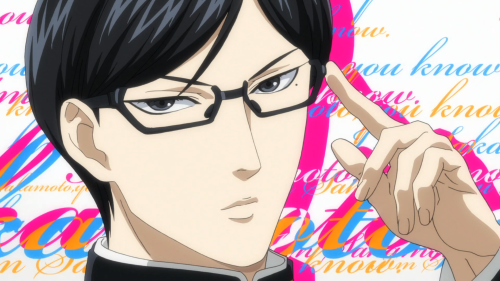 I would not consider myself a cool person. Nerdy, sure. Handsome, why not. (At least, that’s what my grandmother tells me whenever I see her.) But not cool.

I’m not even kidding. Snowboarding is probably my coolest trait, and, even then, I cannot perform any tricks off ramps or rails for fear of hurting myself unnecessarily. (Falling on my bum is enough pain for me).

Although, after watching Sakamoto desu ga?, I may not be as uncool as I once thought.

END_OF_DOCUMENT_TOKEN_TO_BE_REPLACED 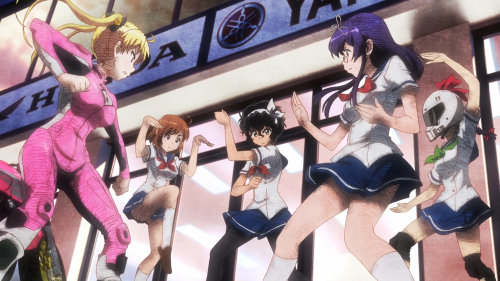 Two wheels do make a right

I’ve never ridden a motorcycle, but I used to ride my bike around my neighborhood as a kid.

The bike was a hand-me-down from my cousin. It had a glossy green metallic frame. The back wheels had these extra spokes to let someone else stand on (or for grinding rails should one be skilled enough). And it made a nice clicking noise as I rode it down the sidewalk. It was a cool bike which, by proxy, made me cool, too (which is pretty hard to do).

While I liked that bike very much (and maybe because of it), I’ve always wanted to try riding a motorcycle. And as the girls of Bakuon!! prove, motorcycles are more than just glorified bicycles.

END_OF_DOCUMENT_TOKEN_TO_BE_REPLACED

Screams echoed and metal churned above my head.

I started to panic. We were buckled in, so we couldn’t move. The ride had stopped. The doors to let us out wouldn’t open. And when the lights came on, scary props of all kinds stared back at us. Their creepy eyes and wicked smiles practically laughed at our impending demise.

“They need to get us out of here!” My voice croaked.

Someone, somewhere, listened to my frantic cry. For at that moment, the doors opened and our seatbelts unfastened. I rushed into the hallway, breathing in more so than usual, thankful for my newfound safety.

It’s nearly Halloween, so I figured I would recount a scary event from my life. Gakusen Toshi Asterisk 2nd Season also scared me, but in a completely different way.

END_OF_DOCUMENT_TOKEN_TO_BE_REPLACED

In need of a rinse

My brother yelled out the warning, but he would never find me. I was small enough to fit in our laundry basket at home. It didn’t seem like a possible hiding spot, but I knew I could make it work.

And I did. I remember holding my breath as my brother continuously walked by. It was humid and stifling in that cramped space, yet I had to prove that the second half of the game was irrelevant when I was playing.

Hundred might be related to that counting chant, but it definitely couldn’t hide the issues it contained.

END_OF_DOCUMENT_TOKEN_TO_BE_REPLACED 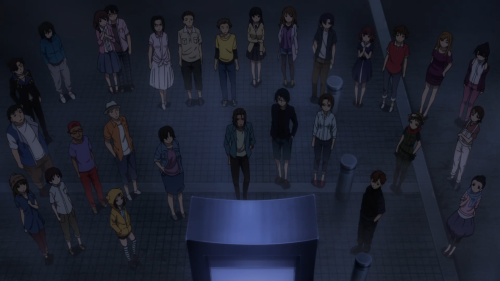 The needle struck me once. Twice. Thrice.

By the fourth time, I was ready to scream, to run out of the room because I couldn’t endure the pain any longer.

It was my first time being administered anesthesia, but the nurse had continually missed my vein. Now, to this day, whenever I go into the doctor’s office for a shot, I tend to close my eyes and look away because of the mini ordeal I went through.

I wouldn’t call it a phobia, but this experience from my past certainly affected me. Mayoiga scares me slightly, too, but for unintended reasons.

END_OF_DOCUMENT_TOKEN_TO_BE_REPLACED 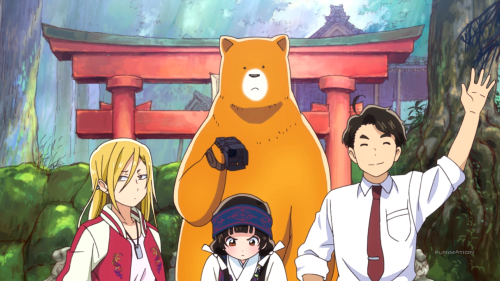 The Arctic Circle. Pine-tree forests. Amidst bamboo shoots. On snack boxes at the grocery store. Within my favorite video game of all time (and who my name is based on).

Bears are everywhere. Okay, maybe not everywhere, but they are in enough places that the majority of people know a bear when they see one. However, nobody has ever met a talking bear. At least, I haven’t.

Thankfully, that’s what Kuma Miko treats us with. Not-so-thankfully, the anime mistreats its audience, its own characters, and even itself.