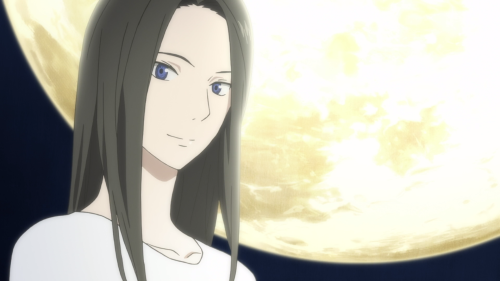 I got to see something yesterday that I never have before: a solar eclipse.

Many parts of the world and half the Internet were abuzz with the phenomenon; it got me that much more excited. Thankfully, our workplace handed out those special protective glasses, and they allowed the entire office to step outside for around ten minutes.

While just one celestial body moving in front of another, and only partial coverage occurred from my location, it was truly an amazing sight. An event hundreds of thousands of miles away that manages to get people looking upwards and thinking for a brief period about something that almost anyone can agree on as being downright interesting.

I’m lucky enough to encounter a similar sort of experience all the time with anime. Yes, I get to see more anime than I do eclipses. But when I start up a story that centers on an impassioned ice skater or that blazes ahead in occult fashion, I can’t help but get excited about what interesting events are in store for my viewing pleasure.

Thus, it has also come time for us (mostly me because I’m seasonally behind at the moment) to celebrate what interesting anime Fall 2016 had to offer. Ten anime got into position, and five stood out above the rest. But only one eclipsed the others, earning the grand title of Best Anime of Fall 2016.

Per usual, here are the rules.

First, I am an advocate of an anime counting in the season in which it completed. Meaning, whether it is fantastic or not, an anime like Classicaloid has no place here. On the opposite end, an anime that ended in Fall 2016 does have a shot since it concluded in this season despite starting the season prior. For this list, no anime fall under the latter category, so it’s a moot point this time around.

Second, each anime has a personalized review that demonstrates why it deserves to be here in the first place. Simply click on an anime’s name to be linked to its review to read my complete thoughts on it. For every review that I wrote for this season, follow this link to my Fall 2016 Reviews page!

With all of the introductions, formalities, and rules out of the way, it is time to get to my Top 5 Fall 2016 Anime! 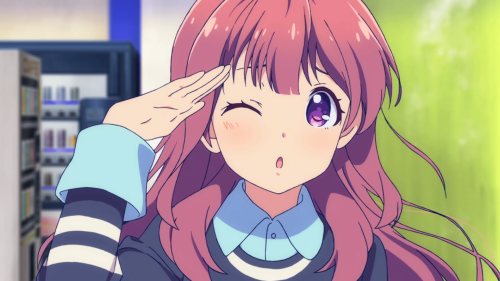 Many things in life are “more than meets the eye,” and the same is true of anime. For, while the community may not think about it, the medium isn’t quite as happy a place as it may seem. This idea does Gi(a)rlish Number take to heart, presenting a more cynical look at the behind-the-scenes thoughts and actions of those in the anime industry. The story falters the further along it progresses, but support from harsh comedy, a quirky cast of characters, and enough reaction faces from Chitose keep the show entertaining nonetheless. If nothing else, it makes the audience reconsider their own perception of anime. Quite (a)n achievement in its own right.

Some sports use sticks to hit pucks. Other sports use their feet and hands to kick and catch balls. And some use butts and boobs galore. Keijo!!!!!!!! embraces the latter, showcasing women who battle it out on the Land using nothing but their impressive assets to knock their opponents straight into the water. In reality, the premise is absolutely ridiculous — but that’s precisely what makes it work oh so well. The intense action. The over-the-top special abilities. Nozomi’s unending positivity. It’s an ecchi anime played as straight as it possibly can be, making it worthy of at least eight exclamation points.

Returning for its second season, Hibike! Euphonium 2 brings back Kumiko and the other girls as they continue to handle the uncanny level of drama that permeates their school’s orchestra band. For this go around, the anime chooses an awkward “late-night talk show host” format for its plot that does very little else besides creating a silly level of convenience. Thankfully for the show, it’s carried hard by high production values, the art and music therein taking on a quality that few other visuals and sounds can match. To its credit, the characters’ parallels are interesting to follow, and the anime takes the time to explore the meaning of “true gold.” So, when all is said and done, this follow-up season has a sweet sound, too.

Dictionaries contain the words that people use in their everyday lives. In turn, these words give people the opportunity to connect with those around them. Fune wo Amu believes the same, presenting an anime filled with both maturity and satisfaction. The anime understands how to use dialogue effectively (which I investigated in my essay, “Fune wo Amu and the Words of Dialogue”), and it demonstrates how those relationships allow someone like Majime to grow as a person. It may not be able to maintain its visual integrity at all times, but Nishioka is such a cool and supportive dude that, combined with everything else, it would be a shame to ever sail past its welcoming harbor.

Refusing to let anything get in its way, Flip Flappers secures the overall win over every other anime this season. Dense in themes and rife with purpose, the show crafts an avant-garde story that practically requires the audience to think beyond the surface. Cocona, Papika, and Yayaka have their own involved character arcs, too, and the colorful visuals and symbolic imagery create even more talking points. And if that weren’t enough, its ending track is one of the best from the entire year. As nothing short of pure goodness, the anime deservedly earns the title of Best Anime of Fall 2016.

And that’s it! As always, I want to thank the community for their unending support. My readers for their awesome comments. And you, personally, for taking the time to check out what I wrote above. You guys and gals make what I do possible, and I hope to continue hearing from you all in the very near future.